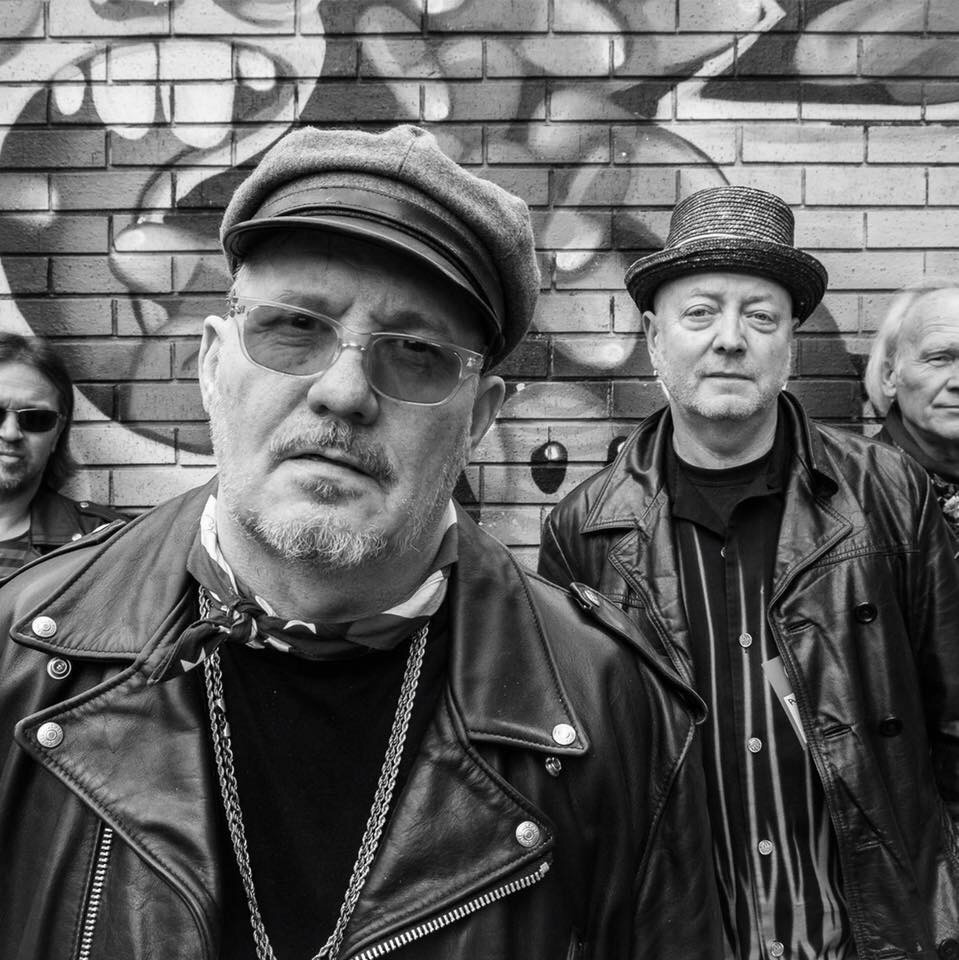 Thursday 15 June and JC Carroll visits the Fiery Bird Show. From tales of Velvet Underground on Chertsey buses, and days of playing the church halls in places of dire boredom, the dustbins of hope; shaking the dust of suburbia off to take him to London, bands, writing and fame; the heady days of punk rock, accordion playing for pennies and the fashion choices of Kylie Minogue, he brought his memories of The Members, his stories of the the impetus to have in your bones, being from stock of grandparents kicked up by war, terror and fleeing to safety that in generations to come sparks a creative zeal that must be addressed.

The Members are now 40 years old and they are touring with new material, their anniversary gig on 29 July at the new Fiery Bird venue will be the venue’s first under the ownership of the community interest company started by musicians and residents in Woking to get the town a music venue that it has lacked in recent years. The Members are doing their anniversary gig in Surrey because they support the work of the venue and the suburbs is what made the anthems of their day. The way we look at the arts in our society has become bleak and yet reignited again with these bands reminding us of a time that it was more than a fashion or fad to write about the social commentary of the day but the necessary catalyst for change that society needed, from the words of the young troubadours making satirical verse to challenge kings to three chord wonders and three minute heroes shouting in the face of despots. Something that wouldn’t go amiss today. We need to acknowledge that artists like JC who continue to grow, work and collaborate with a number of people make a richer tapestry for us all to have as a personal backdrop to where we are travelling and fulfil a valuable role all the more for that.

As well as speaking about his childhood growing up in Suburbia he played an eclectic list of music that inspired him – some may be surprised by the choices but the more diverse the more creative the purveyor in my experience. There is a lot to be said for coming from towns where nothing happened and boredom is the mother of creativity and it certainly seems to be the case here as well. We see the establishment once challenged now embracing as the Royal Philharmonic Orchestra have brought out a recording of Arias of Anarchy the classic songs of the day in remakes with full orchestral treatment and classical singers who have put the songs into their own context. A risk some would say in taking music that was so punchy and I wondered if the anger could remain or has it been made a fast show style satire of rich people trying to be cool. And yet we see so often that it is us that promotes these stereotypes that confer who had the right to listen to music and of the type they should listen to long before we allow people to experiment themselves – I know of punk songs influenced by the creeping threat of a Beethoven line and vocal lines from Puccini. Nothing has no resonance and leaves no mark, every wave that washes up on our shore leaves and pulls the sand into a different shape, beaches disappear and reappear 30 years later to changed villages and yet these types of phenomenon are denied when thinking about the artistic. Of those who have used and acknowledged a variety of influences in their work the sustained search and curiosity for the new sound to form a phrase or melody that needs no words to describe its impact on you – it punches or caresses and you don’t know why and you don’t know why we feel this commonality about how it can bring us to a state of common despair or euphoria. What is it about music that does that and what is it about musicians who won’t rest until they find that next exposure that next time when they reach those heady heights again and see for themselves that they are satisfied? I get the impression that JC Carroll will never rest on his laurels or be satisfied as he unfolds the work he discovers as he forages for new inspiration now and for the future. You can listen again here

THEME FROM THE GODFATHER – MANTOVANI

SHEENA IS A PUNK ROCKER – THE RAMONES

INCIDENT AT SURBITON – THE MEMBERS

HEART OF THE MATTER – THE CHORDS UK

SOUND OF THE SUBURBS – THE MEMBERS