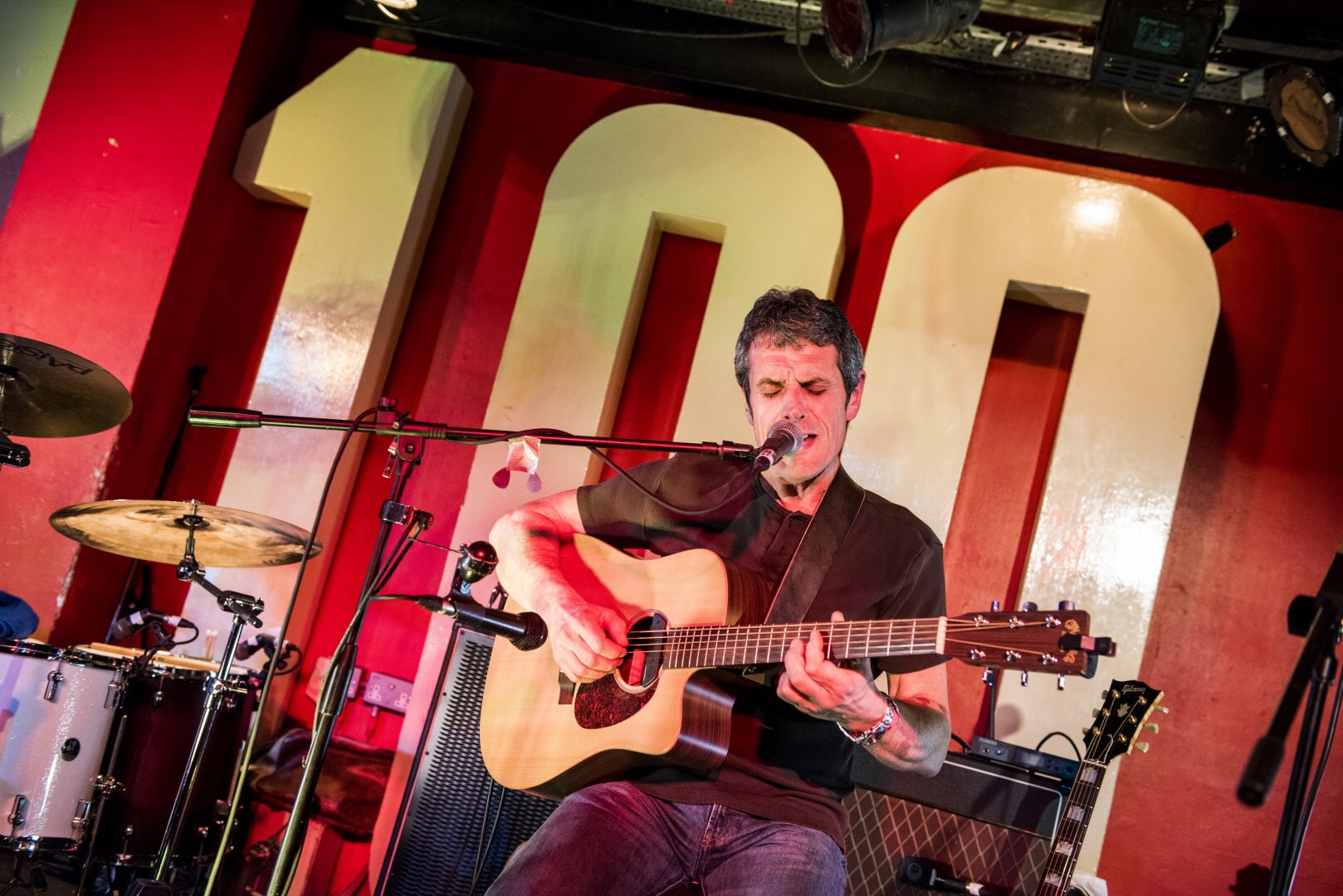 Steve Brookes joined the Fiery Bird Show on Thursday 5 October just ahead of the album launch for HooDoo Zoo, his fifth solo album of original songs recorded at Black Barn studios with Paul Weller & Ben Gordelier joining him on some tracks. 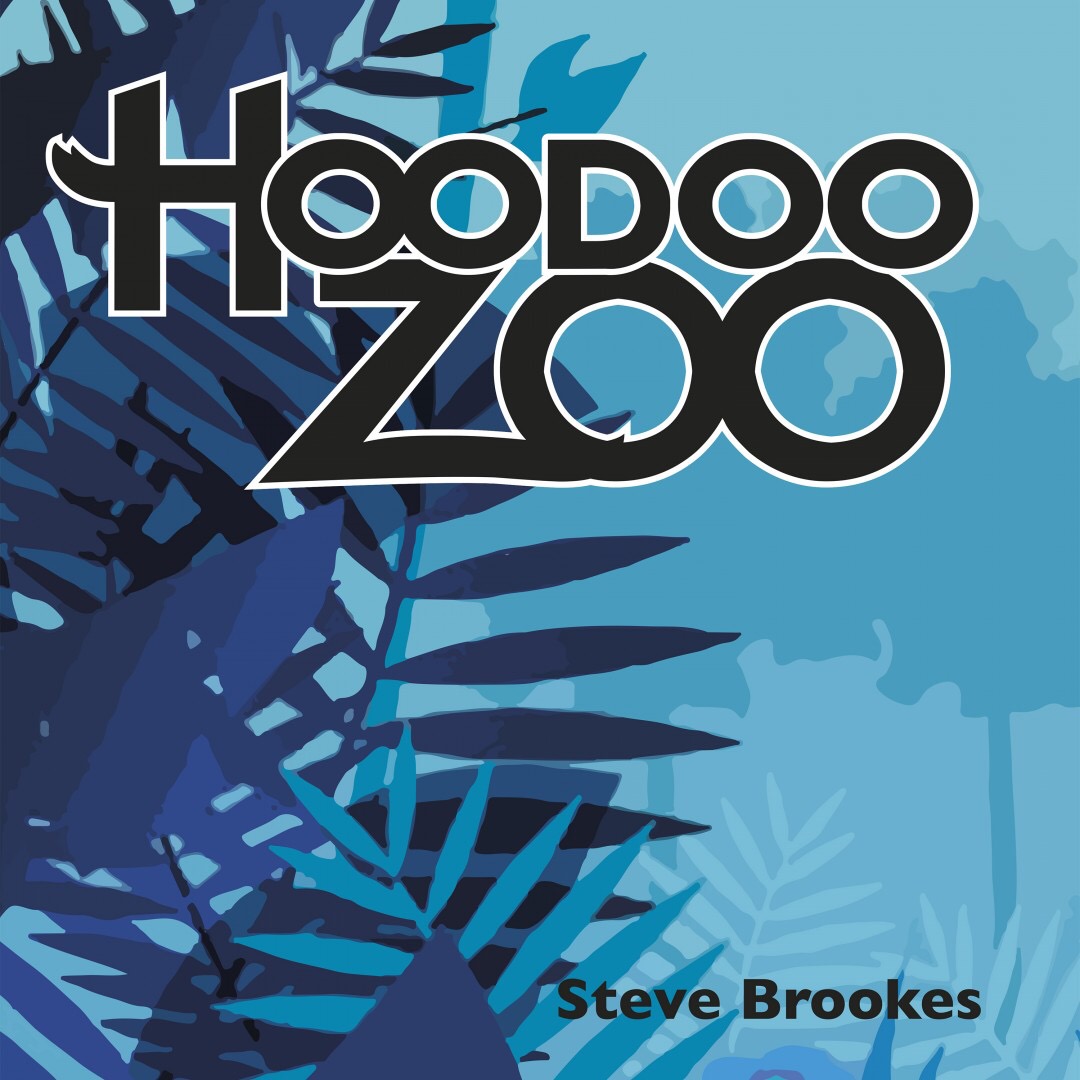 Steve has been playing music since, as a young boy moving to Woking from London he found himself making friends at Sheerwater Secondary School with Paul Weller and from then the foundation stone of The Jam was born. Both boys, learning, writing and playing together built the band from a lunchtime classroom project to getting a residency aged 15 at Woking’s legendary Michael’s club in Goldsworth Rd and onwards bringing different names and skills on board to become The Jam we now know. Steve left the band before they hit the heady heights of chart success, a decision he doesn’t regret and this is what I love about music and doing the radio show – it is, for me a lucky and happy chance to find out about what drives people to create – whether music, film, writing or the life choices they make based on their experiences; so, big or small (in terms of publicity machine) it is hearing from interesting people moving forward in whatever field they choose that fascinates and is the point of the Fiery Bird Show. Obviously it is great to hear from people working with bands or artists who shaped my teenage music landscape but to know that they took decisions to fulfill their own artistic integrity and hear from them, their conviction in their music is inspiring to me and hopefully anyone who feels a need to make creative expression in their own way. Steve Brookes is such a musician and it was generous of him to give time to tell us more about the music that influences him, how he approaches song writing and what drives him to create further. 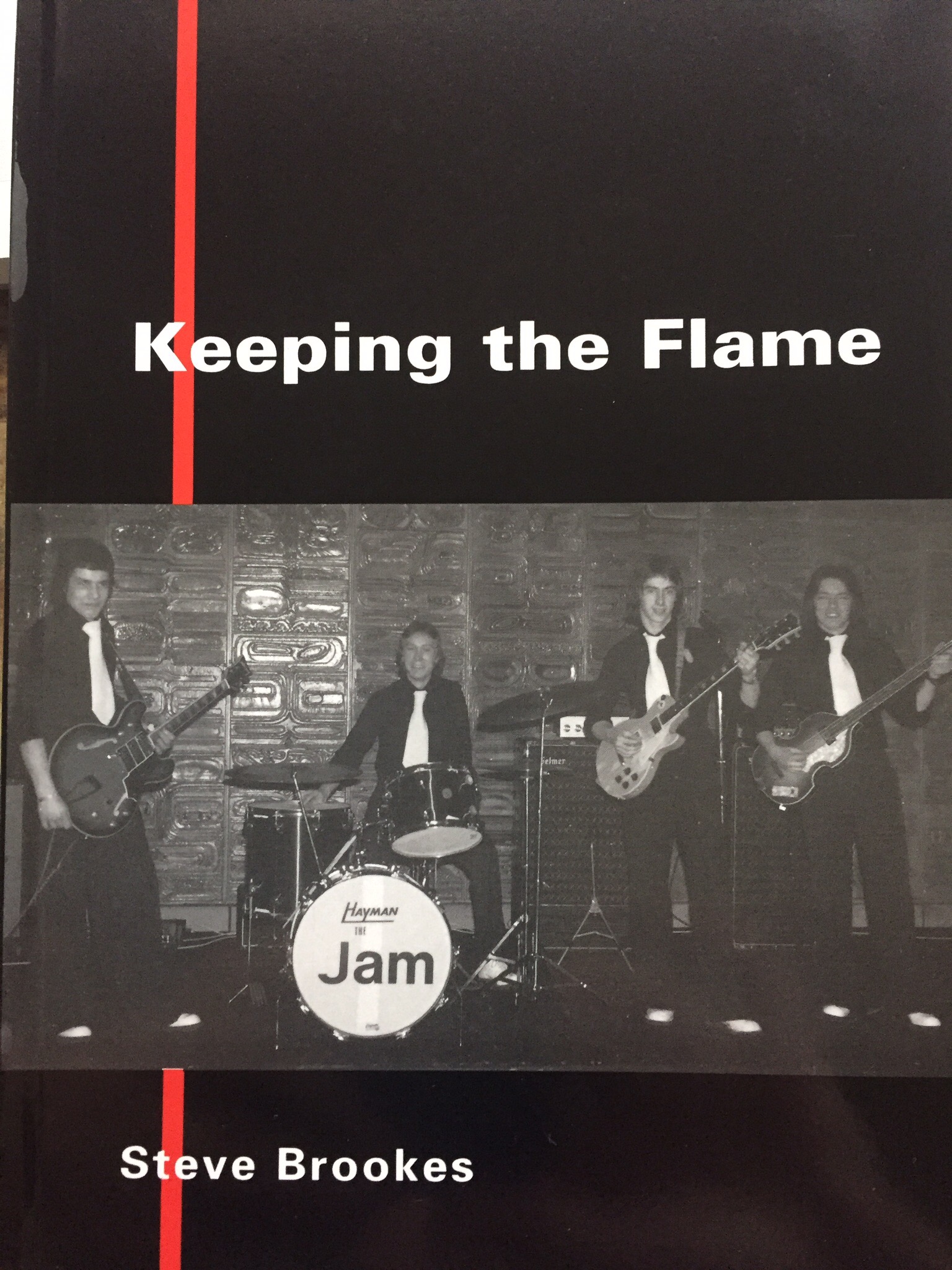 While he was there he brought in a copy of his book Keeping the Flame which documents the start of the band, teenage friendships and navigating a world when you don’t necessarily have agency over your own life, or where it takes you. On reading it struck me that it would be well if this was available to the young, new bands, the colleges and the people that teach music as an industry. Well aware the realities have changed, it shows as I’m sure is common with many of the bands that grew into national status, how everyone, yes everyone, starts out with wild hopes shiny dreams, broken equipment, bad covers and not enough songs to fill a set. You just keep going or, if necessary make decisions to walk away in your own direction and whatever you choose, need encouragement through the not so good times. Now unless bands hit the ground running and emerge as slick and complete even on to the open mic circuit it appears they are doomed – thanks for that music competitions and armchair critics. Maybe we should give all due regard to the people who gave these bands their chances in the first place, the grumpy committee members of a thousand social clubs who whilst they may have sat their with their fingers in their ears seemed to know more about giving youngsters a platfom to start out as rubbish and grow their own art, than all the talent spotters today and sadly under threat venues are able to. You can’t impose or buy grassroots culture and sadly for us the names mentioned in the book, Michaels, Woking Working Men’s Club etc part of our music past are now long gone and nothing has replaced them. If you can get a copy of Keeping the Flame by Steve Brookes it is a great read highly recommend whether as a testament to irreplaceable times and places, as a fan of The Jam or as inspiration to those starting out in live music. Things may be digital, more easily available but the analogy of 5% talent to 95% perspiration is still true today.
Steve gigs regularly and lists of where he is playing and his music releases can be found here. Do check out his work and keep an eye for future gigs too.
PHIL WANG 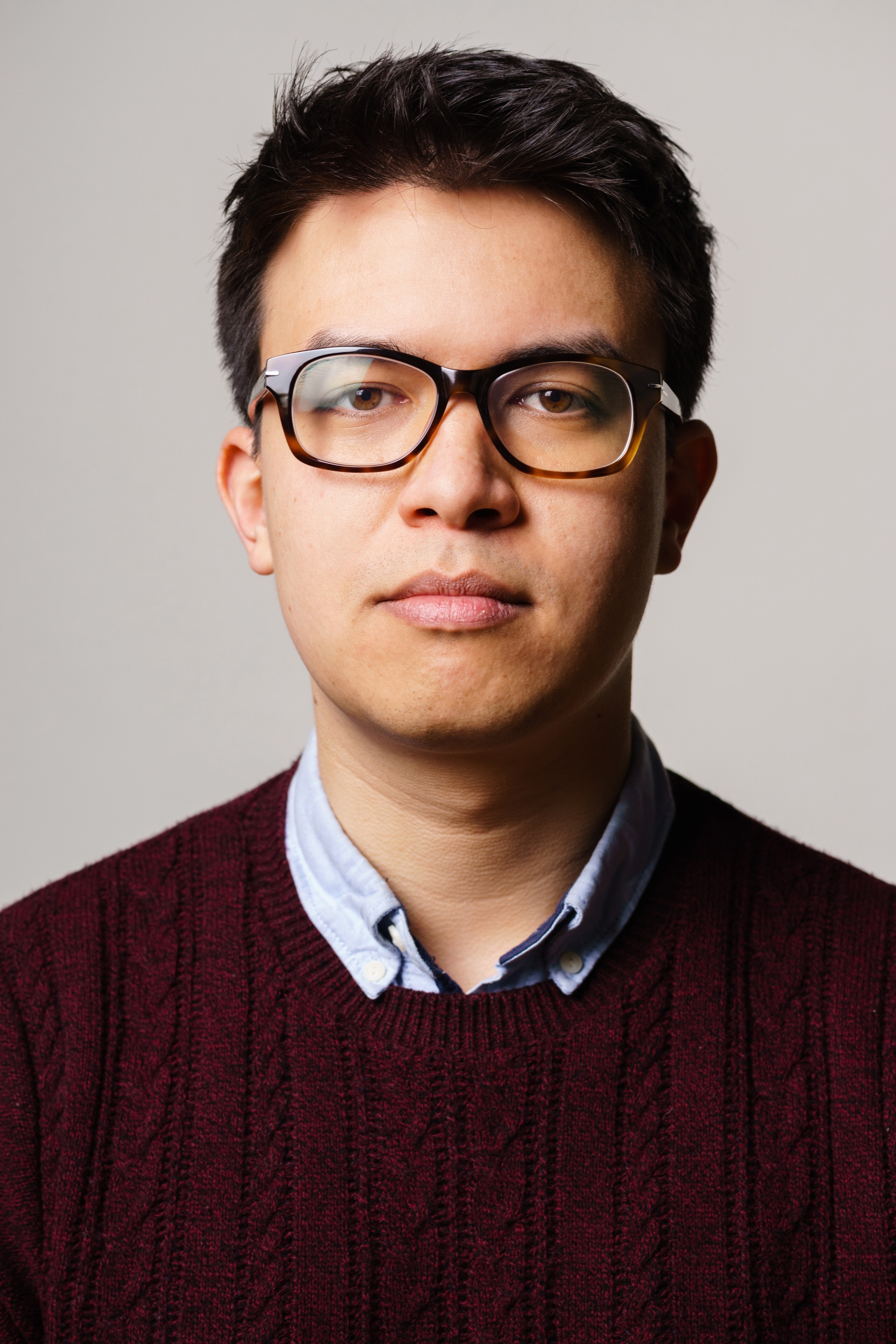 I had a short interview with Phil Wang in the second hour ahead of his stand up show at Rhoda McGaw theatre on Friday 6 October. Phil is touring the UK with his show Kinabalu. Described as a child of the British Empire Phil’s gentle humour provokes thought on how we view situations, his being seen as white in Malaysia and Chinese here with general observations on life in relationships and buying associated gubbins in supermarkets to help them along – you have to see it to understand. As a  family blog for a radio station situated in a school I can’t possibly elucidate even if I remember the filth written in school toilets would make a stand up comedian shiver.

Here’s some information on Phil:

Building on the success of a sold-out and critically-acclaimed run at the Edinburgh Festival Fringe with Kinabalu, Phil Wang is set to embark on his first nationwide tour from the 29 September and will be coming to the Rhoda McGaw Theatre on Friday 6 October. Phil is a son of the British Empire. But in a world suddenly intent on building walls and bolstering borders, what is a Commonwealth man to do? A blistering new hour of comedy gold – that’s what.

The Eurasian stand-up’s cerebral charm has seen him quickly become established on the airwaves. In the last year alone, Phil has appeared on Live at the Apollo (BBC2), Have I Got News For You (BBC1), Would I Lie to You? (BBC1), 8 Out of 10 Cats Does Countdown (C4), Dave’s Unspun With Matt Forde (as the show’s regular Asian Correspondent), Jack Dee’s Inauguration Helpdesk (BBC2) and Drunk History (Comedy Central). He has also written and starred in two series for BBC Radio 4 with his 2015 Foster’s Edinburgh Best Newcomer Award nominated sketch group Daphne.
Previous television appearances include The John Bishop Show (BBC1), Russell Howard’s Stand Up Central, Comedy Central At The Comedy Store (both Comedy Central) and a regular role in the BBC3 cult sitcom Top Coppers. He has also appeared on Funniest Moments of 2014 (Channel 4), Three at the Fringe (BBC3) and on Fresh From the Fringe and Best Behaviour (both BBC Radio 4) and the Comedy Live Lounge (BBC Radio 1).

You can listen again here – the show starts about 7minutes in. Both entertaining and delightful guests.

Looking At The Monkeys – Steve Brookes