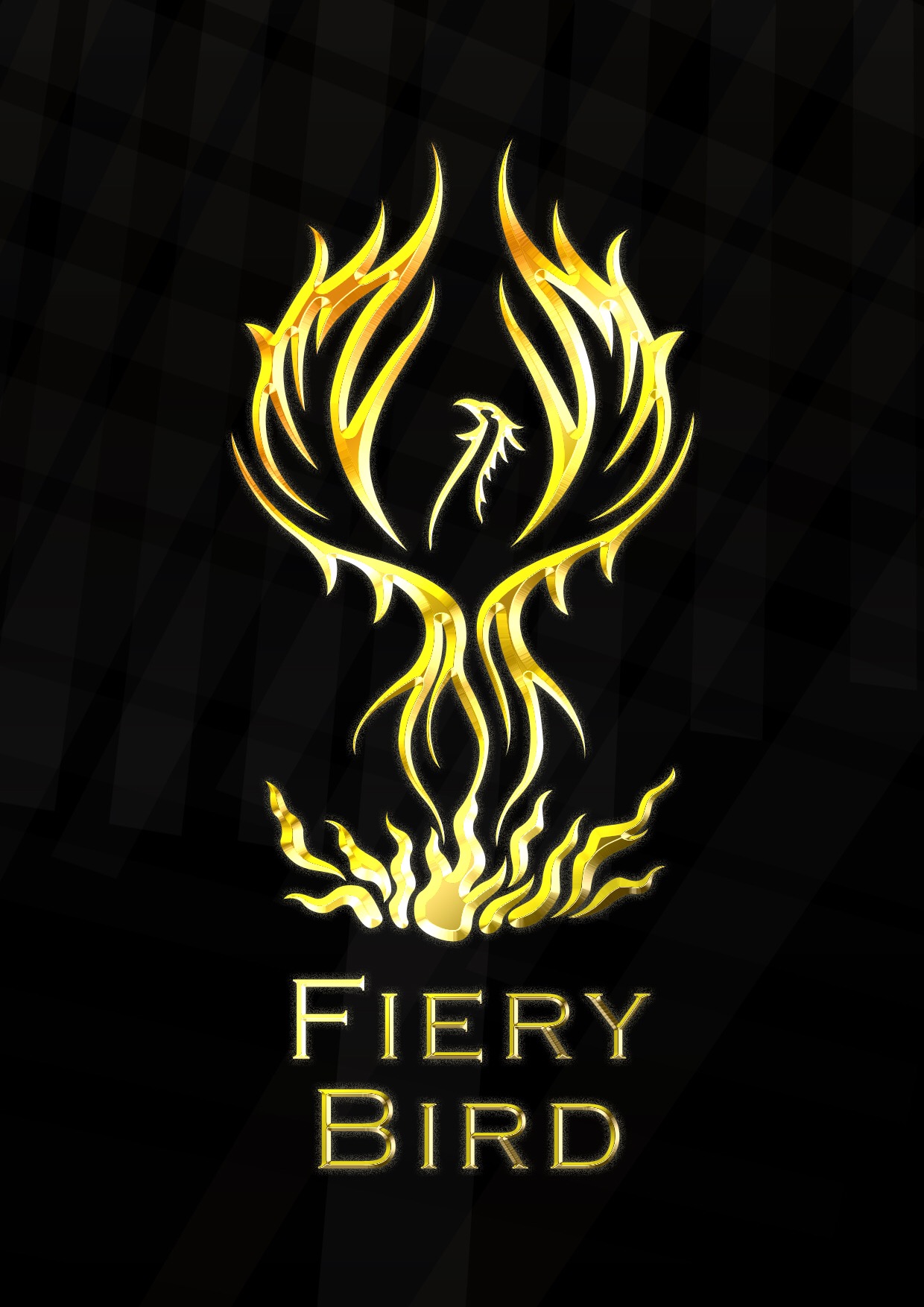 This week I realised it has been a year since I started on the Fiery Bird Show, same name as the venue project because I am too lazy to find another name and set up another page tsk tsk. The nuns would have said lazy, I call it time management.
Things I have learnt about doing a radio show…..

To make sure that I mute the mic when the records are playing or the news is on or everyone hears the lowdown of what is being said in studio – so far no lawsuits…….

I have found out where the caretaker houses themselves so I won’t need to get hauled over the spiky fence by the fire brigade again if I get locked in…..poor fellas they must be on the phone to injury lawyers for you – parts of my body have their own postcode…..and betting shops..well gambling dens anyway.

It’s great to get new music sent- an honour if a band take their time to pop a little track or two over because they want it played – and the diversity of music I have been sent has been brilliant. It’s also great to talk to people who have made their careers very well in music or writing and yet still hold the same passion for it that they had at the start and new bands have now.

There’s been a lot of changes in the world and in the country since I started, I have loved and played Change Gonna Come for most of my life and then when I got the radio show – it struck me a couple of weeks ago that the change I hope for – it might be not coming. Strains of the intro of that song starting up remain melancholic and though it sings of hope it might be that its now become an anthem of despair to me – I never thought I would say that about such a well loved song in my collection

It has felt sometimes like two worlds have collided with the looking at new music, talking to people skilled and writing about times gone by where people were activated and wondering if that will ever happen again

Community radio is a great thing, anything made by people living and working in the area to speak to others and try and find stuff in common is so too. We are lucky in Woking to have such a a station that gives the chance for people from Woking to make programmes that reflect their interests and young people the chance to learn radio skills and that connects up so strongly with other community projects.

The show is on catch up here, nothing to write home about presenter wise but the music is good from some fantastic emerging bands so indulge or skip through the talking and the songs will speak for themselves

2. Hangover Cure – Blue Carpet Band As a sober observer (ahem) at the wedding last week this was appropriate, thanks to the estimable Mr Rob Foster who gave a hand in difficult perambulator circumstances, when he takes the swearing out of his new song it will feature in the show as well. Blue Carpet band have been going a few years now and are really starting to get recognition and support around the country

3. Outside My Window – Lisa VonH – Lisa is the only guest who has appeared twice on the show – the fool came back for more – and a very welcome guest as well. This is one of her prolific body of work.

4. No Pain No Gain – Witchdoktors – great live band high energy shows and when Andy was on Keith’s show I patted him down for a CD. This song I sing to myself as I take part in my fitness regime. It is gruelling and consists of switching from beer to gin – the fitness drink, the Bon viveurs coconut water. I’m often raising the glass singing ‘NO PAIN NO GAIN!’ Quaffing a ladylike sip and laughing at Question of Sport.

5. Whose Side Are You On? Hannah White – her beautiful title track from her album. The beautiful soulful vocals deliver a lyric that is scalpel sharp about how social decisions affect every life one that she has lived.

6. All Aboard The Promised Land – Chris Pope – Chris Pope came into the studio recently and talked about his old and new work, in a time when a promised land seems far away it’s nice to hope. The Chords UK are out touring again, brooding energy sets the audience on fire

7. Big Bad Wolf – Celia Barrett – Celia was one of my first guests, as well as her writing, singing and promoting her own nights, she is a member of Blue Trouser Records a collective of musicians who support each other, give each other a platform, encourage new music and raise money for charity. Their next event is on 16 July and is a fundraiser for Oxfam and the children of Syria recently Patsy & Phil Thorpe from BTR came in to publicise the event and play music from the artists playing.

8. Temptation – Holy Faction- keep an eye out for this band as they are gigging more and more, likened often to bands like Magazine they have been a joy to gig with and spend time with and are very supportive of the emerging music scene. Top people.

9. Hare – Pepper & Shepherd. From their new album As the Willow Stands By The Water, a collection of songs of varying dynamic, disturbing dystopian anti-hero like Hare (of Burke &

Hare fame not a very Ant & Dec duo those Victorian grubby grave robbers) and then reflective and the celebratory. Pepper & Shepherd are from London, met when we shared an open mic in Camden some time ago but enthusiastically travelling to Woking at our feature nights and more recently to a bowled over audience at Phoenix Rising. They promise to be back soon.

10. I Believe – Department S – their new single and from the excellent new album When All Is Said and All Is Done which is really creating a swirl and kerfuffle. Eddie Roxy came on the show earlier in the year – he arranged a fundraiser at the Quake building for our Fiery Bird Project and got all the bands together for it. Their live show and new material have got danders up to such an extent you wonder if people will soon be asking ‘who is this Vic anyway?’ Not whether he is there or not.

11. Take The Money & Run – Bug – the band fronted by Phil Thompson guitarist with Department S – dovetails nicely doesn’t it? Would be great to hear more of them too.

12. Not Rich – Argonaut – I met Argonaut when Nathan came to a gig and my friend thought he was my cousin and being the generous lady she is was trying to ply him with drink. Luckily, as a more honourable person than me Nathan was honest about our connection – I would have gone with it for the beer (though as I remember the pipes weren’t all that at the establishment in question) We gigged with them and have done so on a few occasions always a great band. I love how polite and nice they are to chat to and how they turn into gig monsters on stage – Lorna in particular switching from Jane Austen to losing her shit  – but songs as they are about injustice can turn the most mild mannered teacher insane with rage, isnt it what all the best superheroes do?

13. Lily – Dan Shears & The Velveteen Orkestra the very first time I saw this man (he was playing solo that night) this song totally blew me away and I came away with wet cheeks. His songs are without fail, evocative, folk but not folk, folk as if it was played by a Victorian urchin standing on the corner of a debauched society playing a tune that unpicks beauty from the gutters and the insides of an open heart. I went to the gig with my little sister she is moving to Ireland next week – Dan Shears was the delightful find you have when you go to see someone else and find a new favourite artist. This type of evening was typical of those fantastic small grassroots gigs that are the unsung, unpaid oxygen of the live music sector that is slowly being strangled. Anyway we went to see Rocco De Luca and Fionnuala stroked his fore arm in the front garden and we came away with a love for the music of Dan Shears who we have seen many times since and who has become a regular performer in Woking and good friend.

14. A Pauper’s Love Song – Morgellons – a band who released their second album earlier this month to great acclaim – this is one of the tracks from it, lyrically their songs stand above many. Vincent the singer and lyricist is also well respected on the spoken word circuit and we had them play our album launch after sharing many gigs, banter and beers over the last couple of years. They are going from strength to strength with this new album.

15. Fear Without Progression – The Aultones, Nick Highton is behind the Aultones, if you love Paul Weller especially his Wild Wood album you will love this but it isn’t a tribute act or counterfeit – Nick is the real deal, these are authentic songs written with integrity, he has played for us in Woking several times and we hope many times more to come. I know there are still alot of people around Woking who would love his music and maybe haven’t had a chance to hear it but not only to hear it but give this great genuine guy the encouragement and support he deserves.

16 Women of The World – Helen McCookerybook – Helen came into the studio to talk about her film project Stories of The She Punks, she recently sent me her new CD The Sea and where normally I have to walk past the cocksure statues of generals celebrating war to get to some of the work I am involved with I was working near and saw, for the first time, the statue of Edith Cavell with the word Humanity carved above her head, it struck me more than ever, her sad gaze though, seemed more ‘WTF?!’ In these times you would hope that people who laid sacrifice would be proud.

17. Wide Road – Cardboard Carousel – the local band who have played a great deal for us and we have been excited to see their music get wider and wider audiences. A songwriting duo that write with integrity about situations

18. Lady Is A Tramp – Ella Fitzgerald – could do worse than using the sentiment of this song as a code of practice and after all she gave me the confidence to sing, her and Andy Taylor RIP &  a very much missed man