Caged were the band that got me involved in the local music scene when they went under the name The Epicurians. 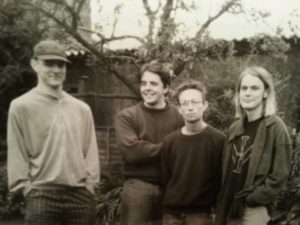 From working with them I drifted into radio and sort of just stayed and have been closing down radio stations ever since, Radio Woking being the exception, they are still going strong.

They’ll be playing live and chatting with me about the changes they’ve seen in the music industry in the last 25 years and what they see for the future.

This is the first time that they’ve played live together for 18 years and is a precursor for a gig coming up next month at Farnborough Football Club.

Pete Cole will be Joining us in the studio,  the man behind the fund raising event.