With prestigious awards under both belts, Woking Food and Drink Festival and Nadiya Hussain, Great British Bake Off 2015 winner, are perfectly paired to deliver a mouth-watering menu of tasty demonstrations and activities at this year’s festival. 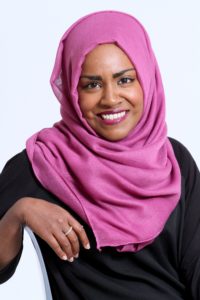 Headlining on the third and final day of the event (Sunday 4 September), the nation’s baking sweetheart will demonstrate dishes from her new cookbook, ‘Nadiya’s Kitchen’ (to be published on 16 June), host a public book signing session, plus she will also announce and present the prizes to the winners of this year’s festival bake off competition, sponsored by Woking Shopping.

Nadiya’s two demonstrations will take place in the Tante Marie Culinary Academy Demonstration Theatre, which will once again be located in the heart of the festival in Jubilee Square in Woking Town Centre.

Speaking about her appearance and chosen recipes, she said: “I’m really excited to be demonstrating in Surrey for the first time and showing the people of Woking and surrounding areas dishes from my new book, ‘Nadiya’s Kitchen’. My final demo dishes could be Za’atar and Lemon Palmiers, Bengali Korma or Cherry Bakewell Macaroons, but I might change these closer to the event!”

Since winning the GBBO series final in October 2015, which was watched by a record-breaking 15 million viewers, Nadiya has gone on to become one of the series’ most popular and successful winners and this year has shaped up to be a very exciting year!

Earlier this year, Nadiya made HRH The Queen’s official 90th birthday cake. Nadiya presented the purple and gold, three-tiered orange drizzle cake with orange curd and buttercream to Her Majesty at her birthday celebrations in Windsor.

Nadiya’s stratospheric rise to fame has also attracted many TV appearances. She is a regular reporter on BBC1’s The One Show and panellist on Loose Women. And, later this year, the BBC will broadcast a series entitled ‘The Chronicles of Nadiya’, which follows her around Bangladesh as she traces her culinary roots.

Cllr John Kingsbury, Leader of Woking Borough Council, said: “It is fantastic news that Nadiya will be attending this year’s Woking Food and Drink Festival.

“Millions of viewers across the country were inspired by her inventive recipes in last year’s Bake Off and, most of all, by her modest, yet inspiring winning speech. I expect this announcement about her appearance at the festival will cause much excitement in and around Woking, and we look forward to hosting her at the event.”

The award-winning, free to attend Woking Food and Drink Festival will return for a fourth year from Friday 2 and Sunday 4 September 2016. Once again, the festival promises to be another weekend bursting with flavour and spice! The festival will host a three-day menu of culinary delights, including:

To find out the latest news about Woking Food and Drink Festival as and when it is released, including the full line up of celebrity and local chefs, exhibitors and activities, visit www.wokingfoodanddrinkfestival.co.uk or follow on Twitter @WokingFoodFest.

This year’s festival will be delivered in partnership with Woking Shopping and sponsored by Tante Marie Culinary Academy and the Woking Advertiser.