On Tuesday 11th February we have an international football manager in the studio – Ed Stubbs is the manager of Sealand – a defunct oil rig that has been claimed as a principality and partakes in non-sanctioned international football matches. They are playing against the Chaigos Islands on 23rd Feb in Godalming. On the phone we will have Prince James of Sealand and the teams all time top goal scorer.

Listen to Roy Allaway’s Music & Chat every Tuesday evening between 8 and 10pm on Radio Woking. 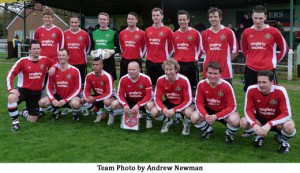