Fiery Bird Show on Radio Woking on 7 September featured two mammoths of British music. John Ellis joined me to talk about his diverse and creative career and we were joined on the phone by Gary Fletcher from Paul Jones Blues Band who has been with the band since the onset and plays bass with them as well as guitar in his own solo work and collaborations. Have a catch up on the show here 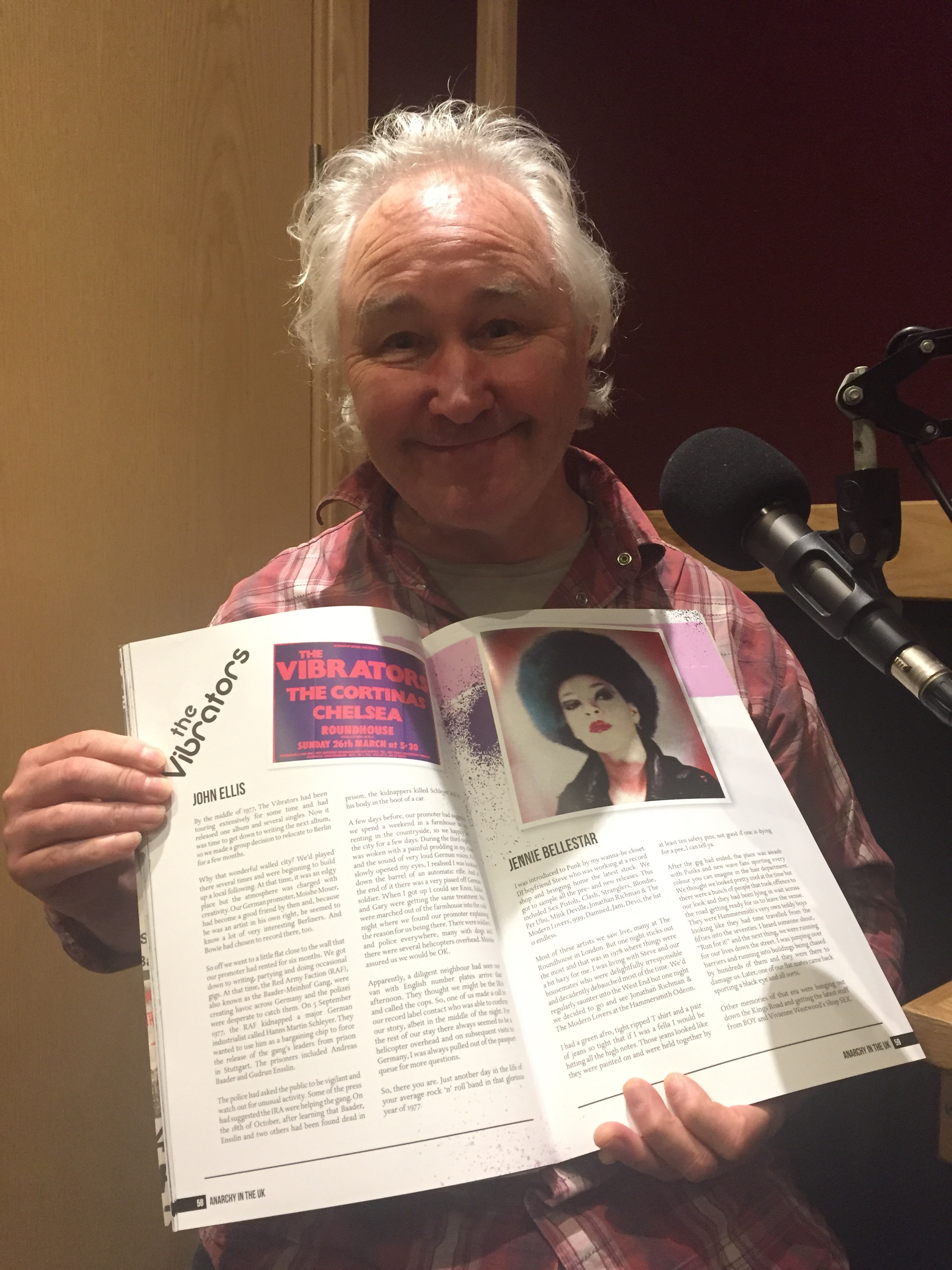 Whilst still at Art College John formed Bazooka Joe, a band that despite never committing anything to record before splitting up are often cited as an influence by many bands who went on to have a high profile in music both here and abroad. He then formed The Vibrators, adopted by the punk scene the original line up  where he plays with Knox do occasional, much sought after, gigs now as Knox’ health allows.  Through his work with Peter Hammill who he talks of with much affection, Peter Gabriel, The Stranglers and his influence and collaboration in many creative and innovative music projects of a diverse genre, nothing stints the passion or curiosity he has for music, arts and seeing others encouraged. John secured lottery funding to provide free guitar classes through his non profit Luma group and continues to run workshops today as well as writing – his novel A Gift of Serenity is available now. In terms of contribution to the UK arts scene not just as a musician he should surely be more lauded, though as someone also unimpressed with celebrity, having a body of work that he can be proud of and who is able to continue to research and produce in many media good quality, critically acclaimed work is no small accolade
We were joined in the studio on the phone by Gary Fletcher, bassist with Paul Jones Blues Band who and who gave us a great insight into how the band formed, his own work and his passion for live performances and important influences. Gary, like many musicians who have it in their blood was enthusiastic about getting the music out there in every setting, the fantastic buzz a local, small live performance can have and how often it is more fulfilling than a massive corporate gig. When talking about the Blues the fact that both musicians were agreed that the songs often made from pain in the past to change the present needed the right arena to speak and sing a truth they were destined for, nothing is necessarily small.
I’m looking forward to the Blues explosion that both John & Gary are seeing make a rise as they play and tour. As always I left the show having learnt new things and gained new perspective and it is something I am always grateful to my guests for bringing.
You can find out more about John’s projects here and get in touch with him

Novel – A Gift of Serenity http://amzn.eu/ek06jCB

Demo of The Pinch an album of unreleased songs http://soundcloud.com/the-pinch

Me & My Chauffeur – Big Mama Thornton